Amy (vocals, electronic drums) had worked previously with guitarist and technical genius Herb Heinz, keyboardist Tim Root, and electronic percussionist Joel Davel, in the multimedia techno-theater ensemble MAP. All knew each other before that from having attended the Mills College Center for Contemporary Music graduate program in electronic music.

The group performed in the Bay Area clubs and all sorts of interesting techno-art venues like the Anon Salon and the MacWorld Digital Be-in. They recorded UTECHMA in the IS Productions studio (1995 Racer Records), then Tim (keyboards) grew up and got a real job, so Micah Ball took his place on Chapman Stick, and leaping tuxedo-man JT Quillan III joined the band as theatrical backing vocalist. 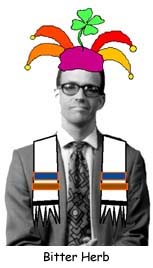 This group performed up and down the West Coast, expanded their show to include slide projections, props, and choreography, and in 1998 released Sports! Chips! Booty! Performance highlights included the opening ceremonies of the San Jose Tech Museum, a 2-month theatrical run at Venue 9, the Art Car Fest, Seattle’s Experience Music Project, a month at The Pink Door cabaret in Seattle, a collaboration with Emeryville Taiko drummers, and the occasionally annual Irish April Fool’s Passover show at the Starry Plough.

“One of the most brilliant looping artists of our time… but I am forced to conclude that Neuburg has pilfered the new wave of music yet to come.”