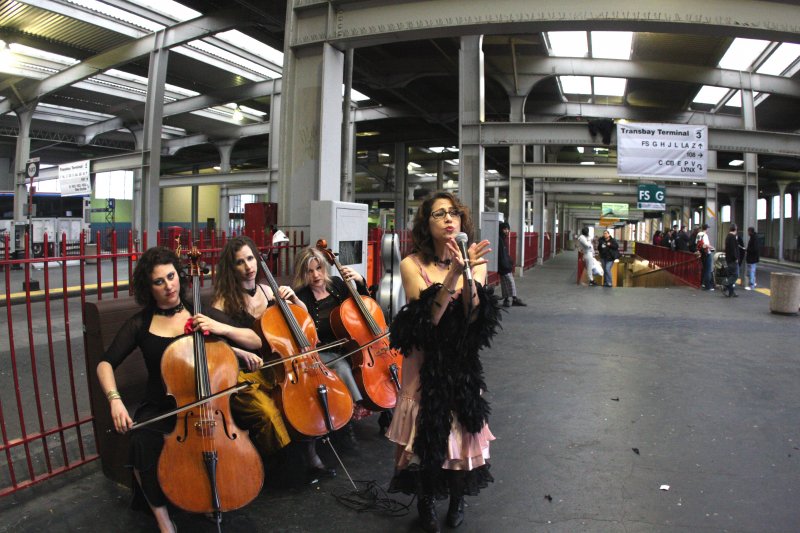 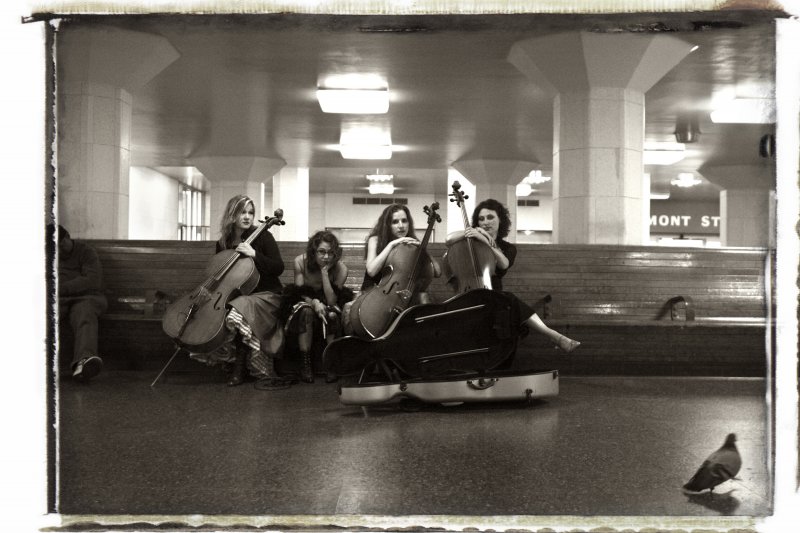 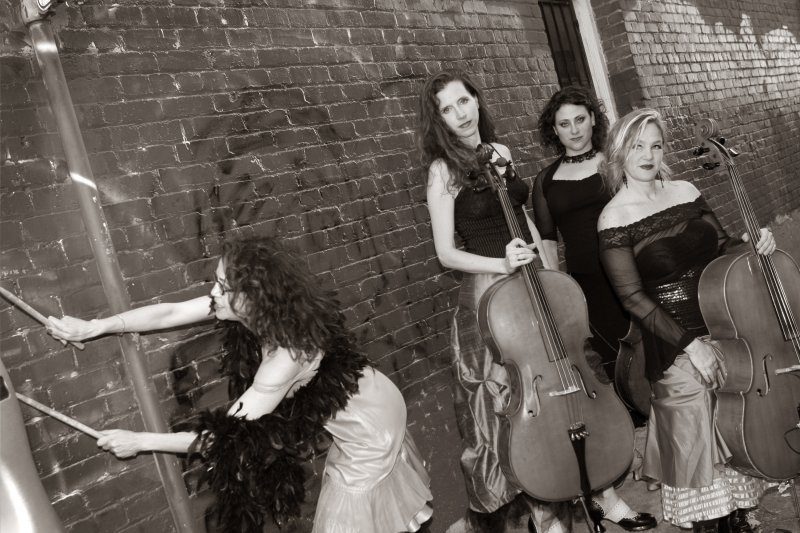 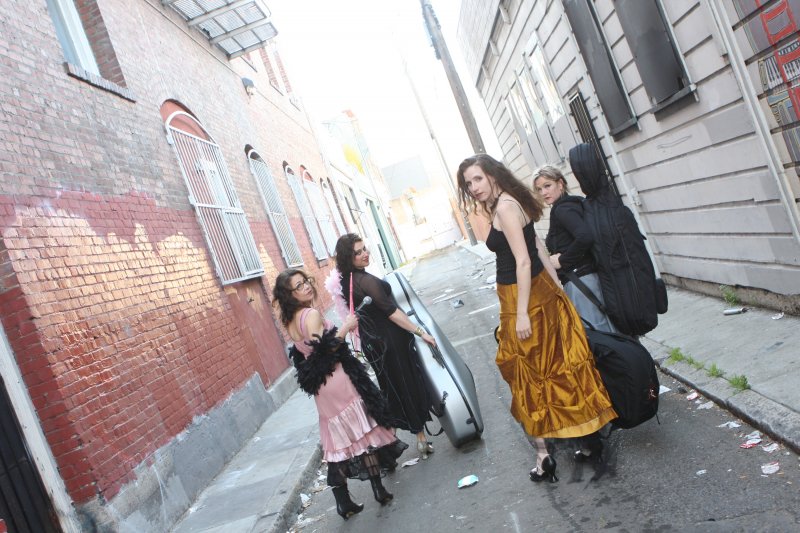 Amy formed the Cello ChiXtet — with cellists Jessica Ivry, Elaine Kreston and Elizabeth Vandervennet (see complete bios) — for the express purpose of bringing her song cycle The Secret Language of Subways to life. Since the work’s 2006 San Francisco premiere at Dance Mission Theater — documented on KQED TV’s “Spark” program — the ensemble has opened for The Tubes at The Independent, sold out the Freight & Salvage and The Great American Music Hall, was presented by Paul Dresher at Project Artaud and by John Adams at the LA Philharmonic West Coast Left Coast Festival, appeared with Juana Molina at Yerba Buena Center, and played in the San Francisco Symphony’s After-Hours series. Recently the ensemble has begun to incorporate new repertoire including cello trio compositions by Bay Area composers, classic works for voice and cello, structured improvisational works, and new songs by Amy and ensemble members.

ABOUT THE TECHNOLOGY
In live performance Amy loops and processes the three cellos and her voice, in addition to playing synth and drum sounds. She may create a looped ostinato bass line (as in “Difficult,” below), an eerie backwards loop (as in “Dada Exhibit”), add distortion or echoes, or build up multiple layers of cello into a full-spectrum string orchestra.

“She loops her voice and sings over her alter egos until she’s a whole chorus, an opera, a circus act… More musical than Laurie Anderson and a hell of a lot cheerier than Diamanda Galas, Neuburg has scoped out her own territory in the gulf between pop and classical.”