June 21: Garden of Memory annual walk-through new-music event. June 24 & 25: "They will have been so beautiful" with the Paul Dresher Ensemble. 10 diverse composers have created works inspired by photographs, for Amy on voice & electronics with the 6-piece Electro-Acoustic Band. June 26: A new work by Amy for Solstice vocal ensemble as they celebrate their 20th anniversary.
May 17, 2016 by Amy

May 25 opening for The Security Project in SF

Hunger Strike is a new commissioned 35-minute song cycle for the San Francisco Chamber Orchestra with the Squid Inc string quartet, and Amy on vocals and electronics. Performed alongside Stravinsky's Suite No. 1 and Beethoven's Symphony No. 7, on a program entitled Revolutionaries.
September 26, 2015 by Amy

Amy is in a book

Amy is pleased to be included among the many interesting women profiled in this recently released book from German press Buddy's Knife -- Giving Birth to Sound: Women in Creative Music.

“Is it conflict free and were any animals harmed in the making of it?”

Video of December 2014 performance with the Paul Dresher ensemble. 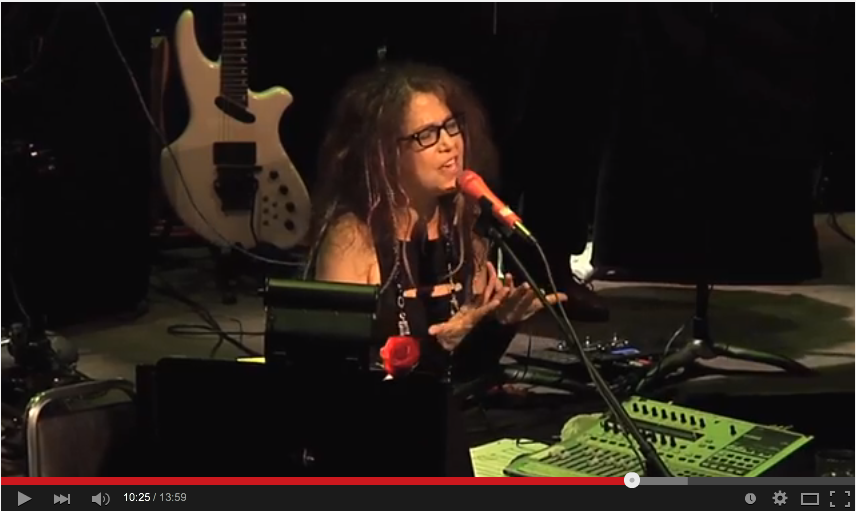 This week! “They will have been so beautiful” at Zellerbach Playhouse

“Amy X Neuburg is a star — a brilliant one… A classically trained vocalist, a composer, an electronic musician, a poet, and an entertainer… satirical, profound, humorous, and sexy… Experimental but always under total control… uses the looper in the most skillful and artistic manner I’ve yet seen.”